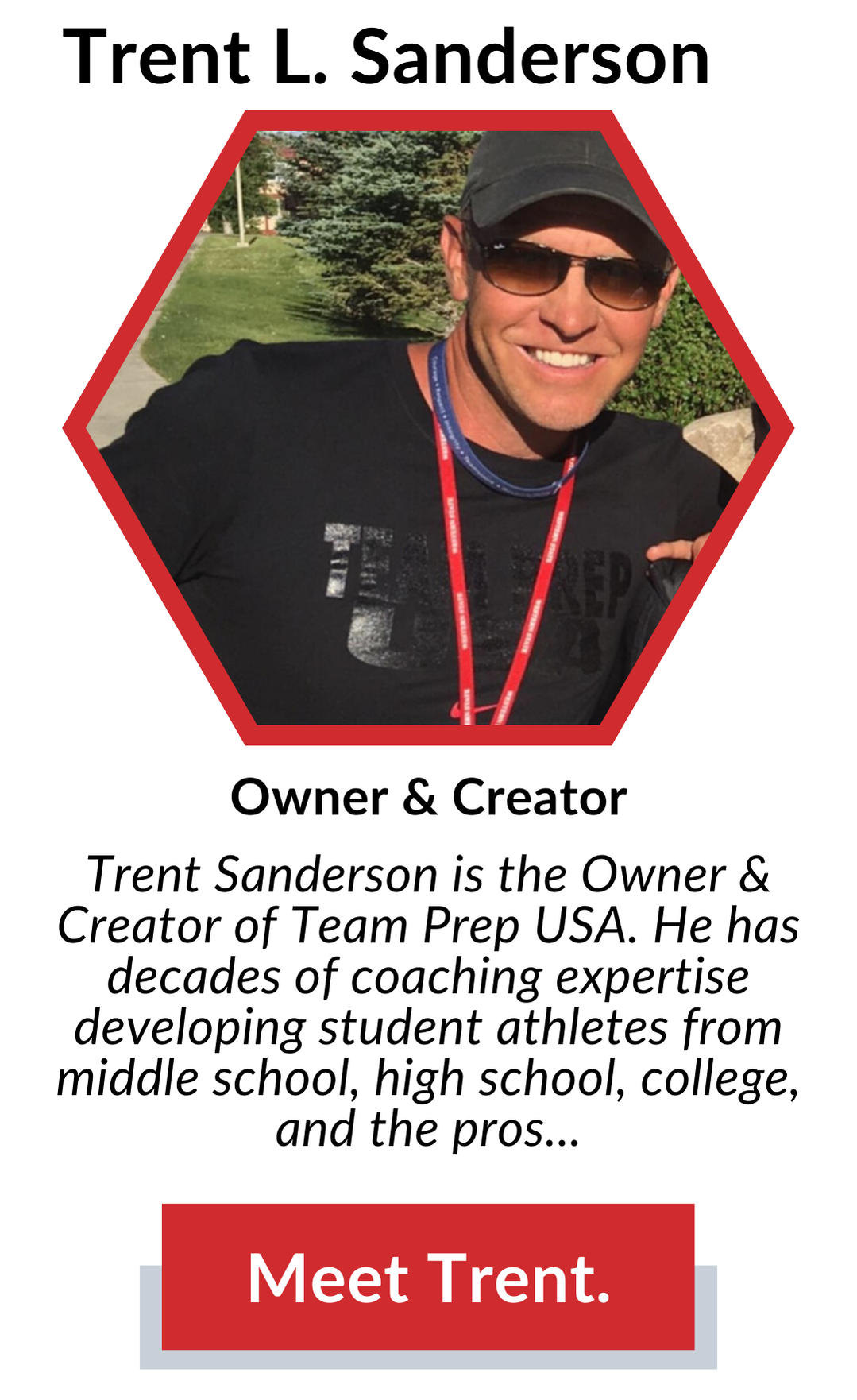 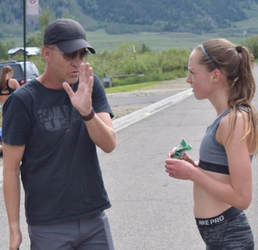 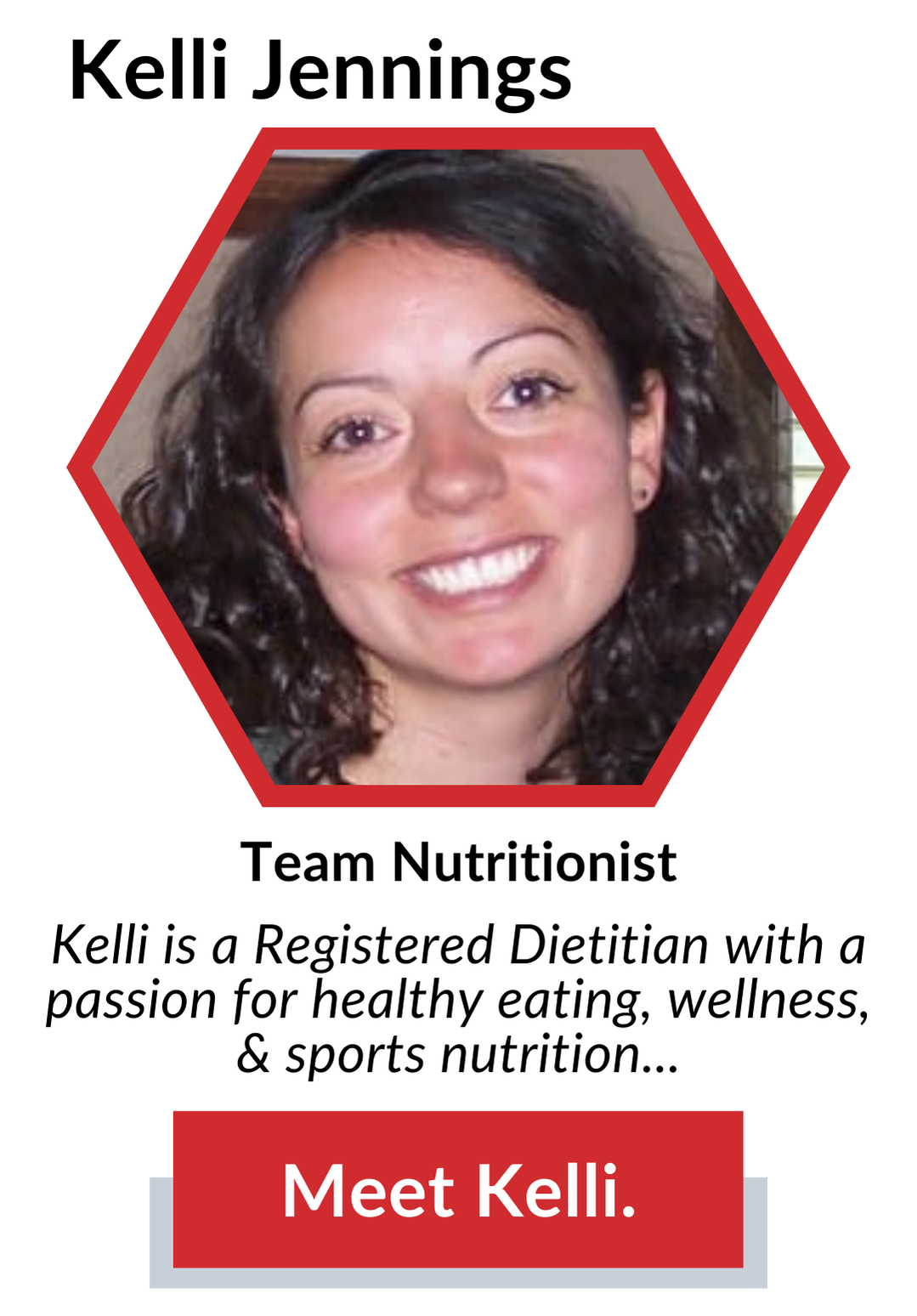 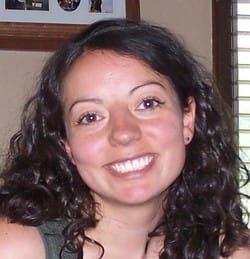 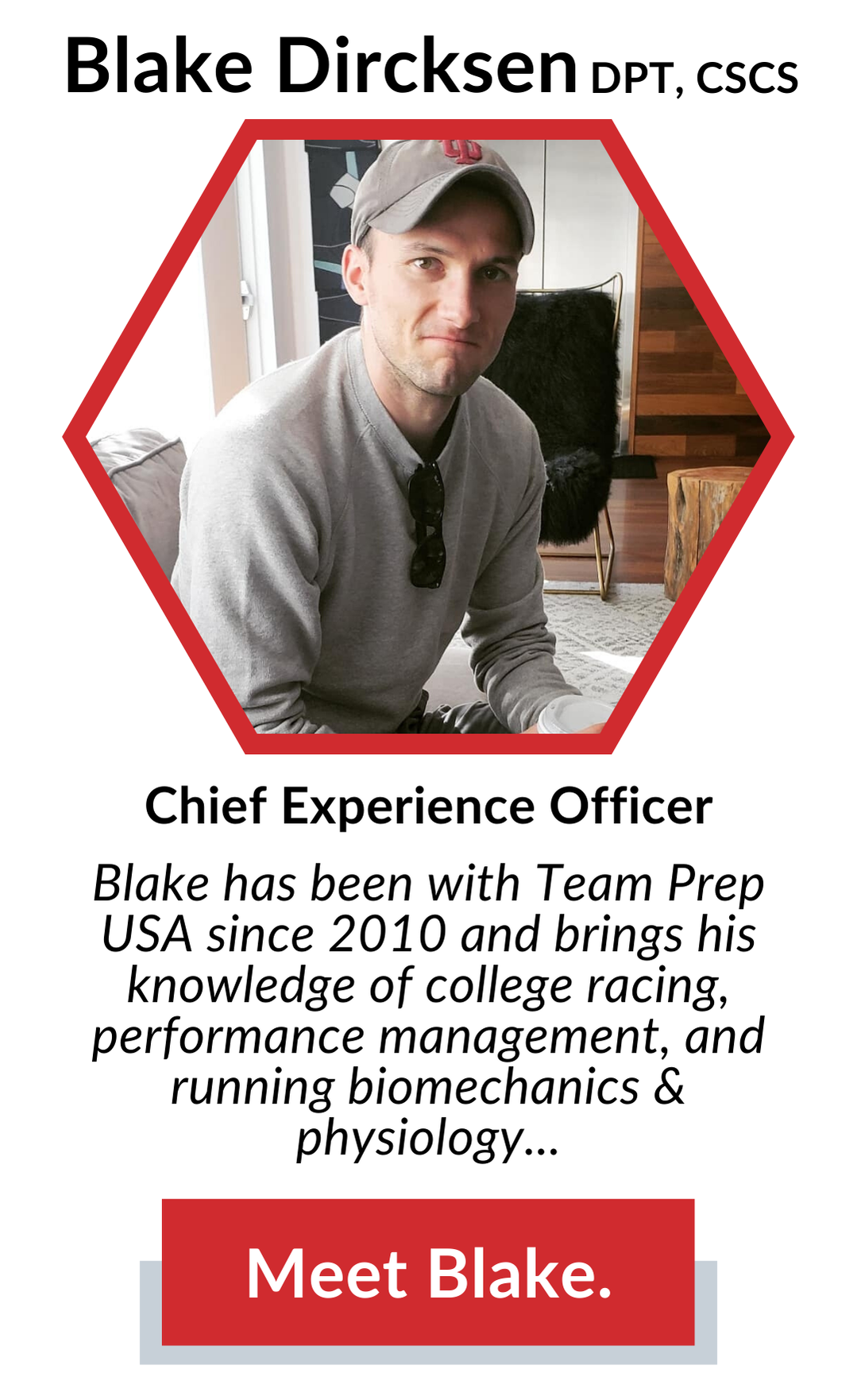 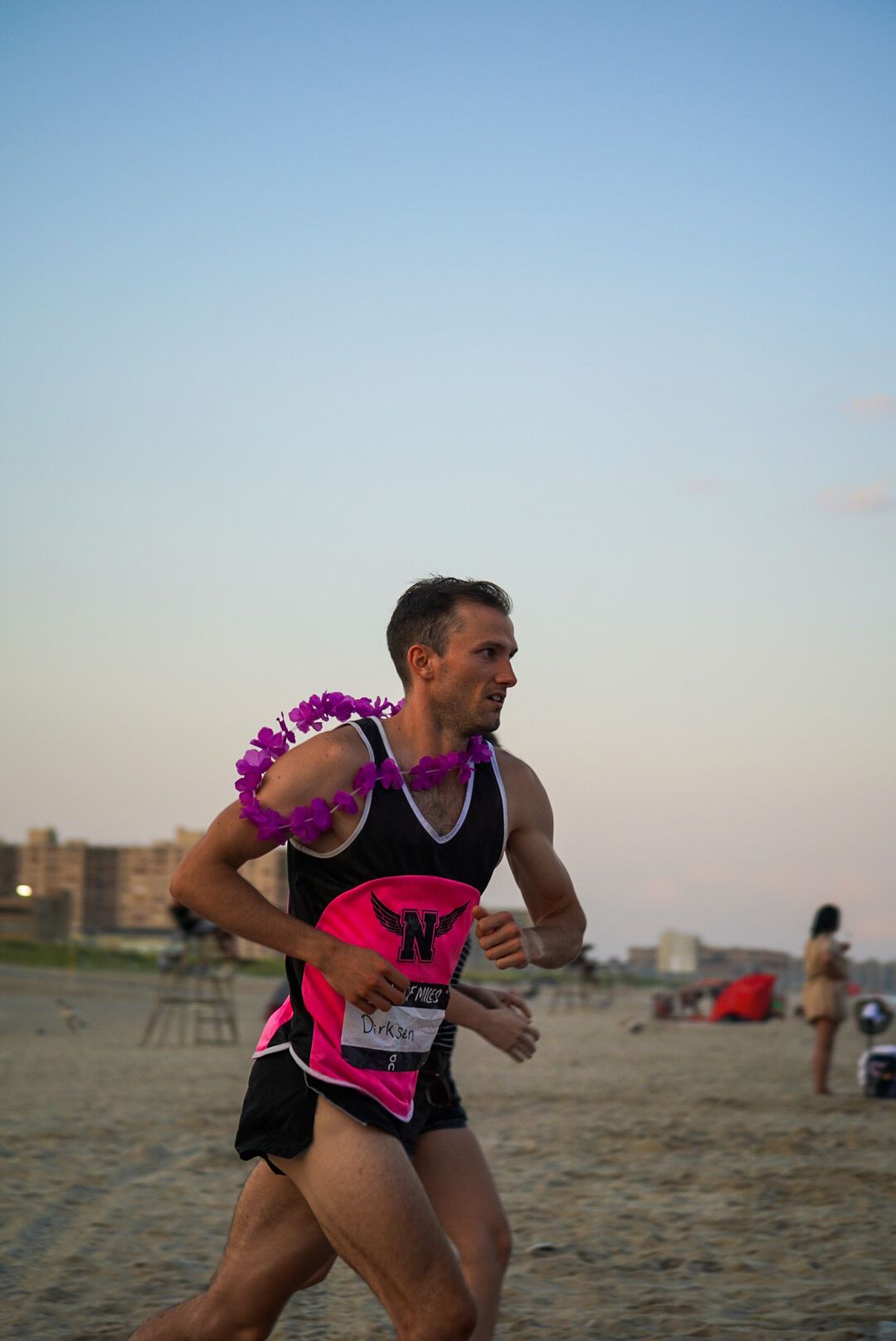 I am a Doctor of Physical Therapy and Strength and Conditioning Specialist (CSCS) in New York City.

Each client under my care receives a thorough evaluation aimed at addressing the root cause of pain and is guided through a goal-driven plan tailored to their schedule, experience level, and expectations. We'll discuss why this plan was selected, and work together through each stage of rehab.

Optimal health is multi-factorial! Injuries almost never occur in isolation, and our sessions together will explore how things like sleep, nutrition, social-relational stress, and your training schedule all affect your outcomes.

In high school, my 4x800m team was crowned State Champions and was ranked 7th nationally. I continued my competitive running career at Indiana University where I was a member of the Men's XC and Track teams. I've continued running locally in NYC, and am currently the Assistant XC & Track Coach to my former high school team in Noblesville, Indiana. 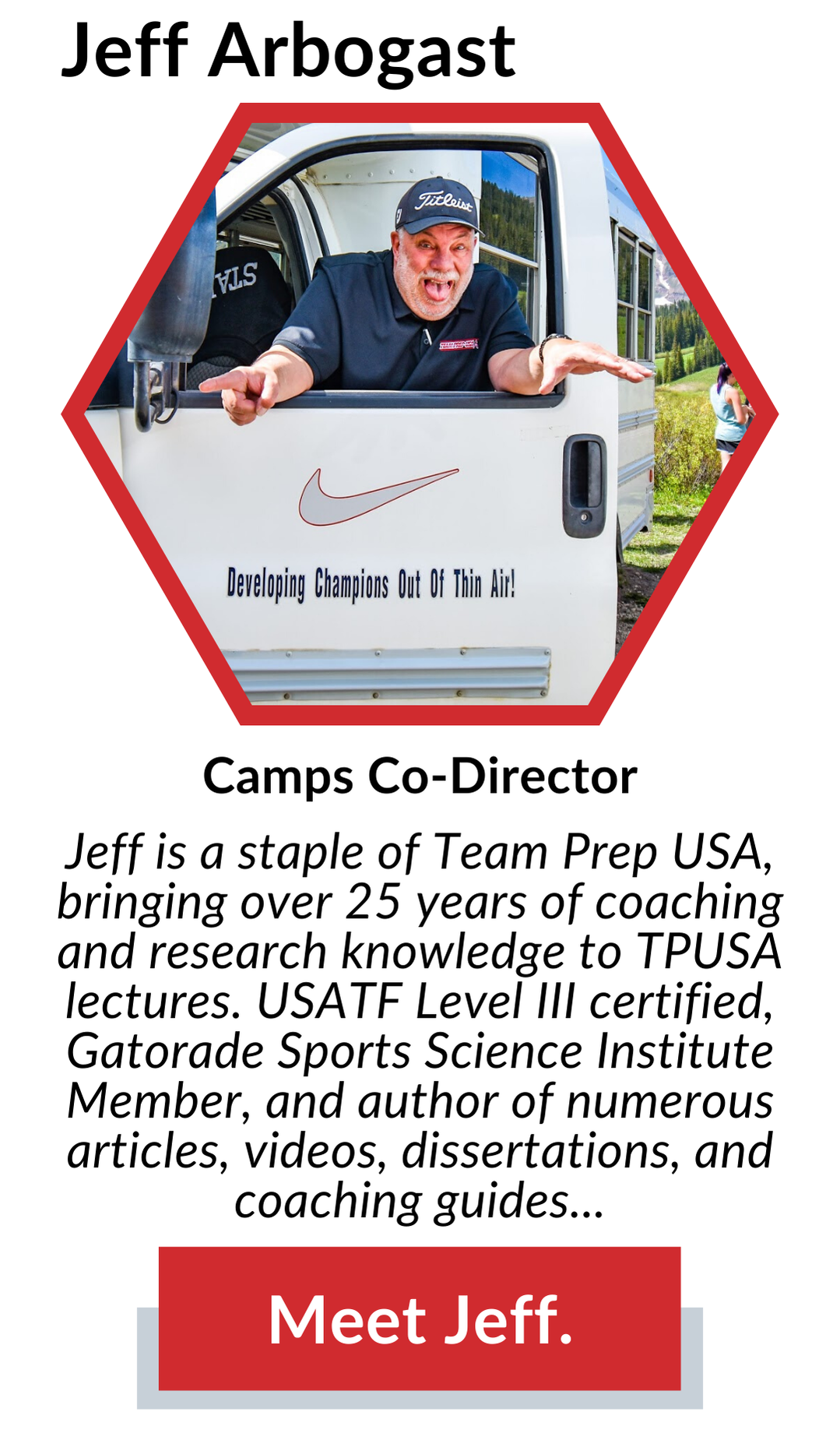 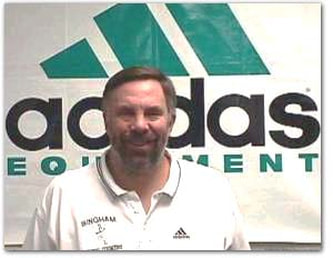 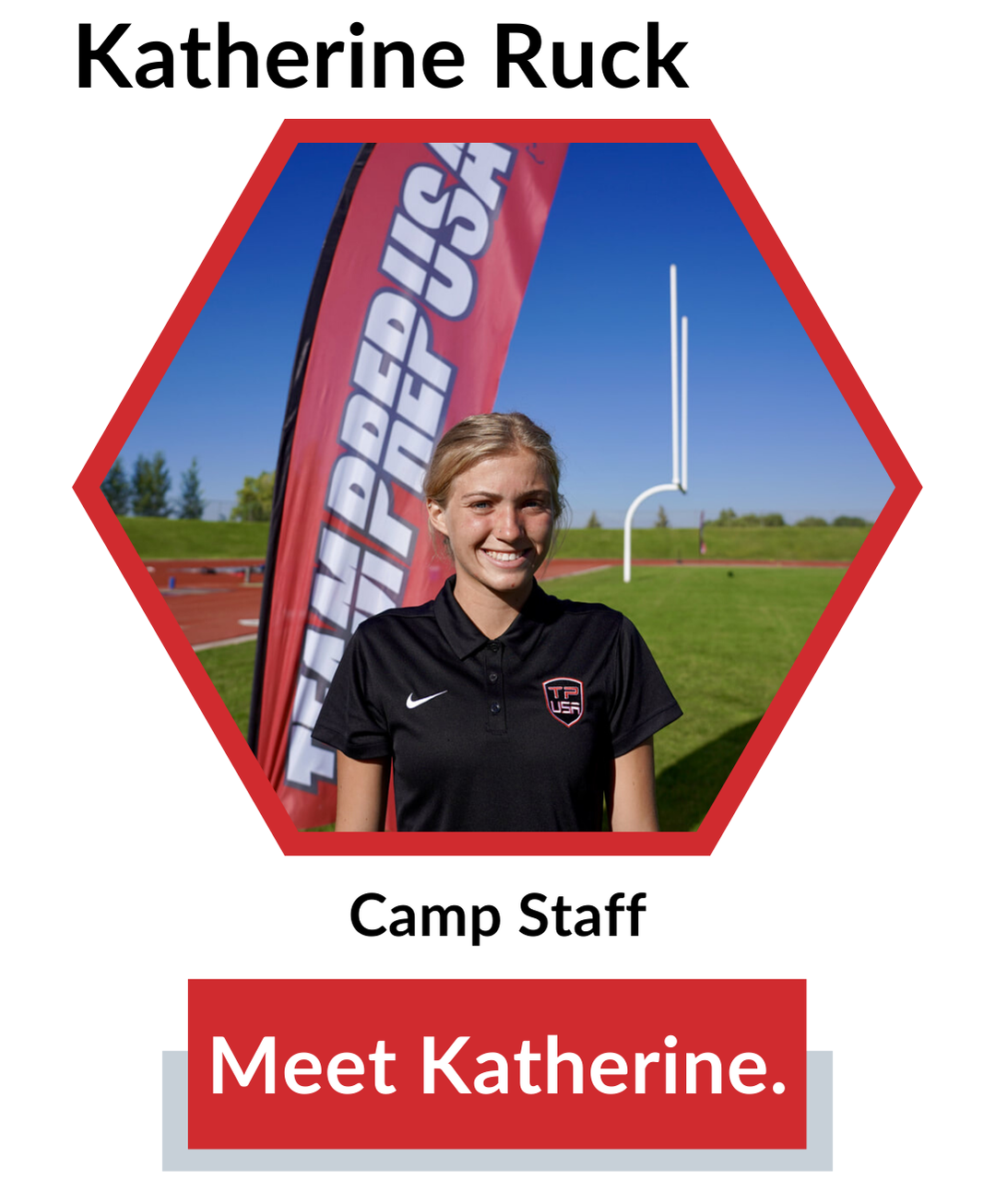 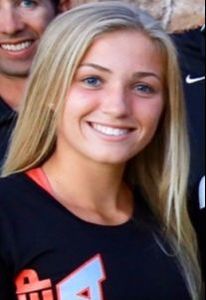 CAMP STAFF
Kat grew up in Moscow, Idaho and ran for Moscow Senior High School and earned four state titles. She graduated in 2017.

Kat is a student-athlete at Oklahoma State University and is majoring in Hospitality and Tourism Management.

Kat was a Team Prep camper from 2014-2017 and  enjoys playing instruments, reading, and baking. 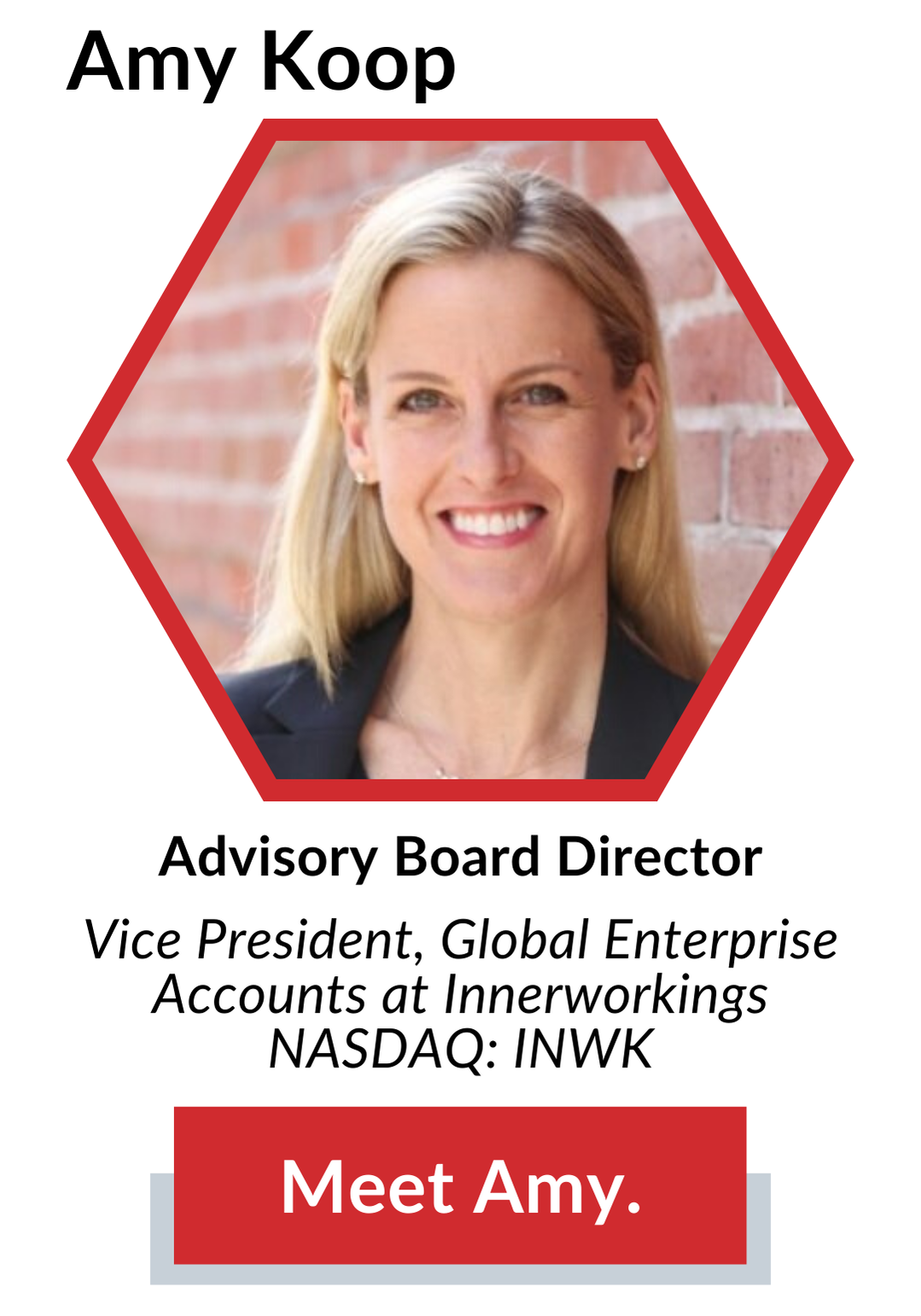 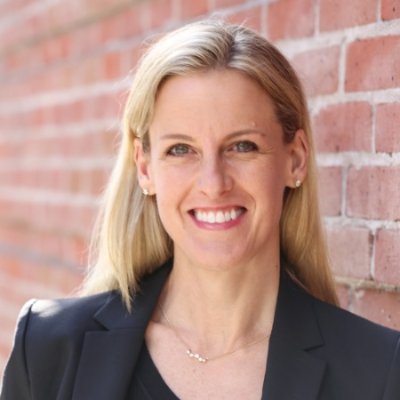 Amy has more than 15 years of experience in the marketing industry and oversees all aspects of enterprise client engagements to ensure goals are met and surpassed, and that agency capabilities keep pace with client needs. She has worked with  brands including McKesson, The North Face, Symantec, Servicemaster, Union Bank, Famous Footwear, Hearst Communications, The American Cancer Society, and National Wildlife Federation.

As a member of Innerworkings' Global Team, Amy collaborates with senior leaders to drive strategic priorities and corporate direction. When she's not helping brands improve their marketing strategies, Amy is a competitive triathlete, member of Team USA Duathlon, and volunteers with the San Francisco American Marketing Association and her College Alumni Board (St. Olaf).
Send Message
Sarah 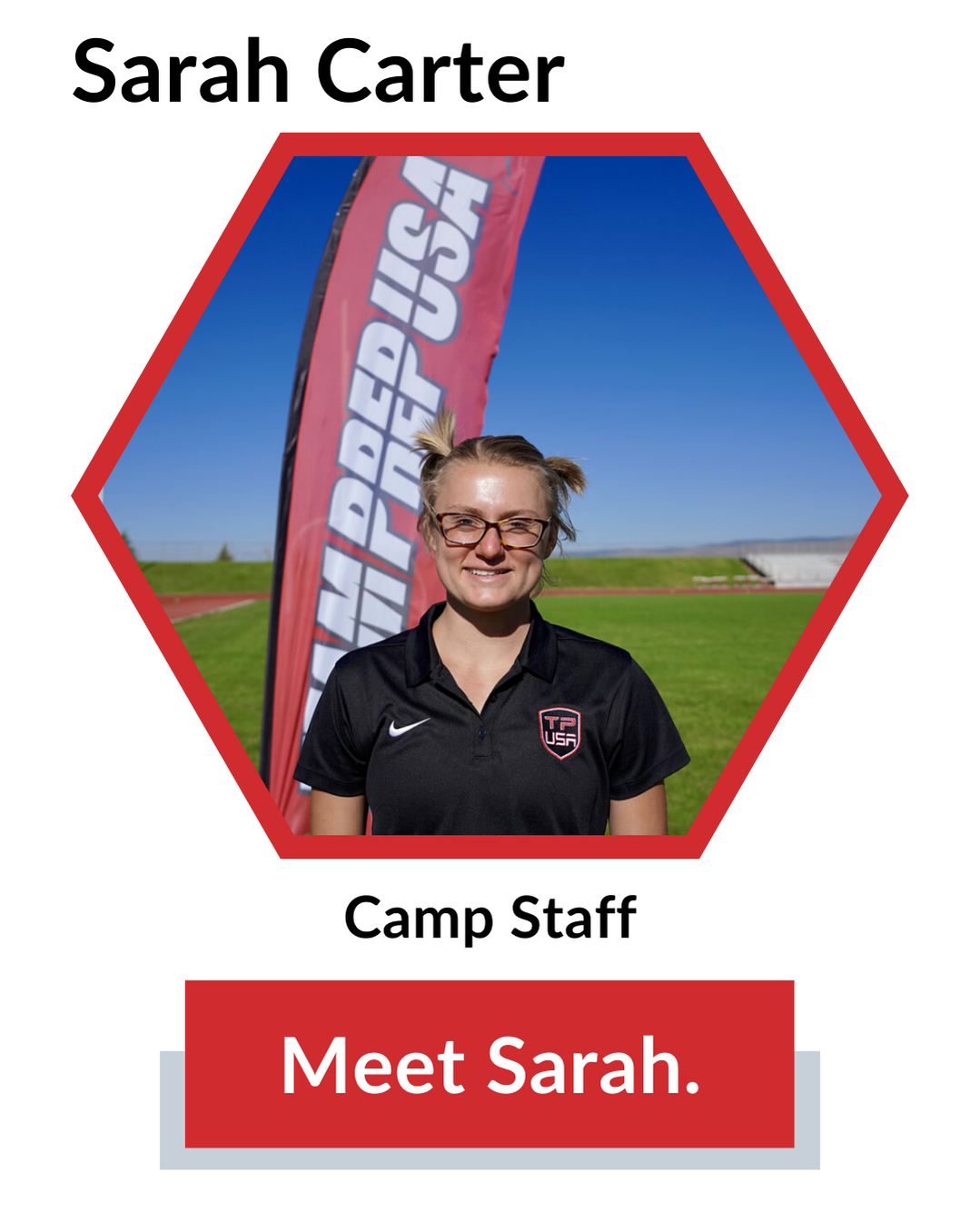 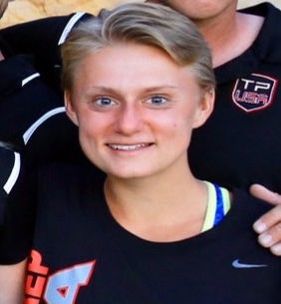 CAMP STAFF
Background: Sarah grew up in Phoenix, Arizona where she ran for Xavier College Prep in high school, graduating in 2017.

She currently competes for the University of Washington, where she is double-majoring in Bioresource Engineering and Environmental Science.

She attended Team Prep as a camper from 2014-2017. Outside of running, Sarah enjoys hiking, camping, baking (and eating) really good banana bread. 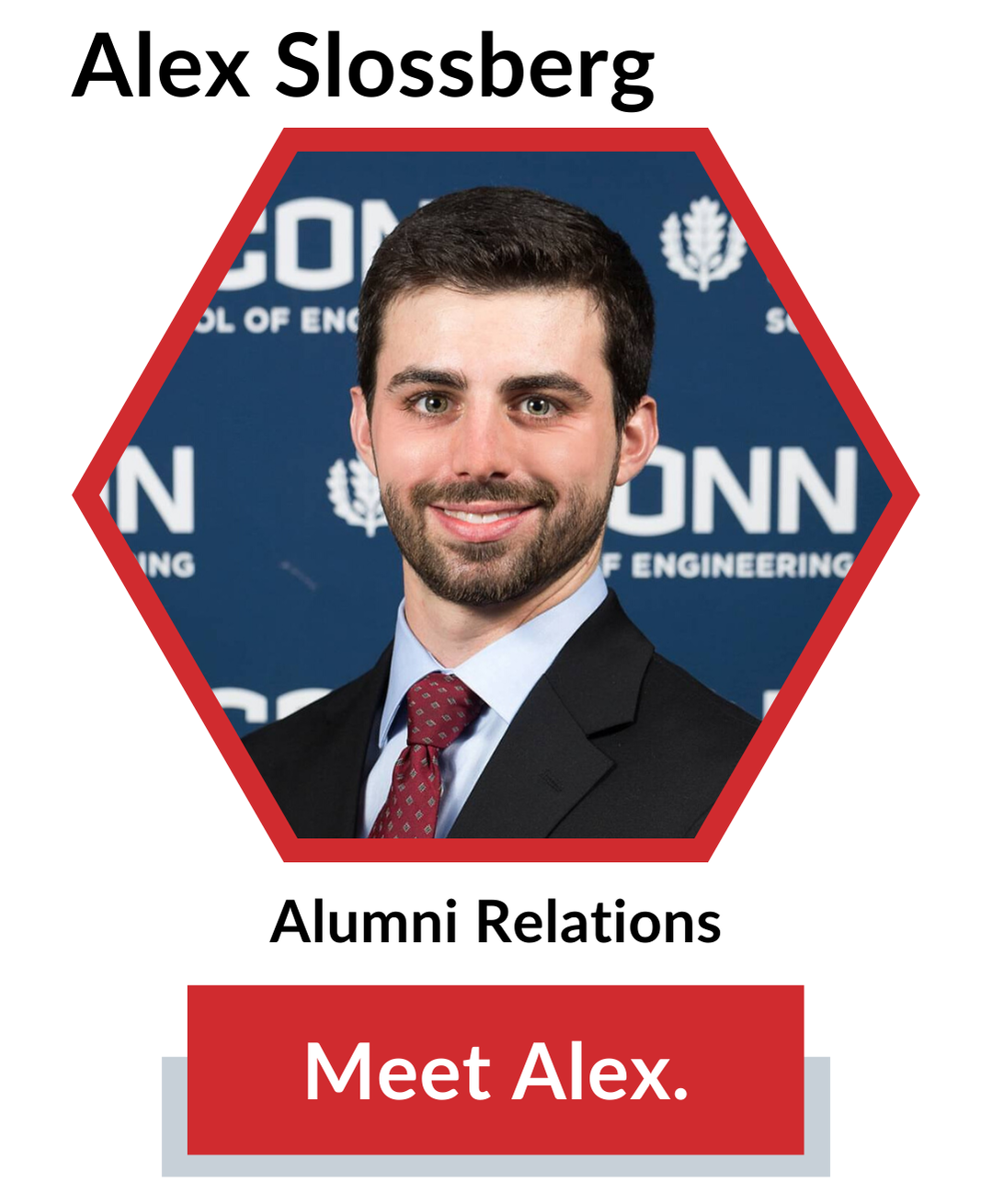 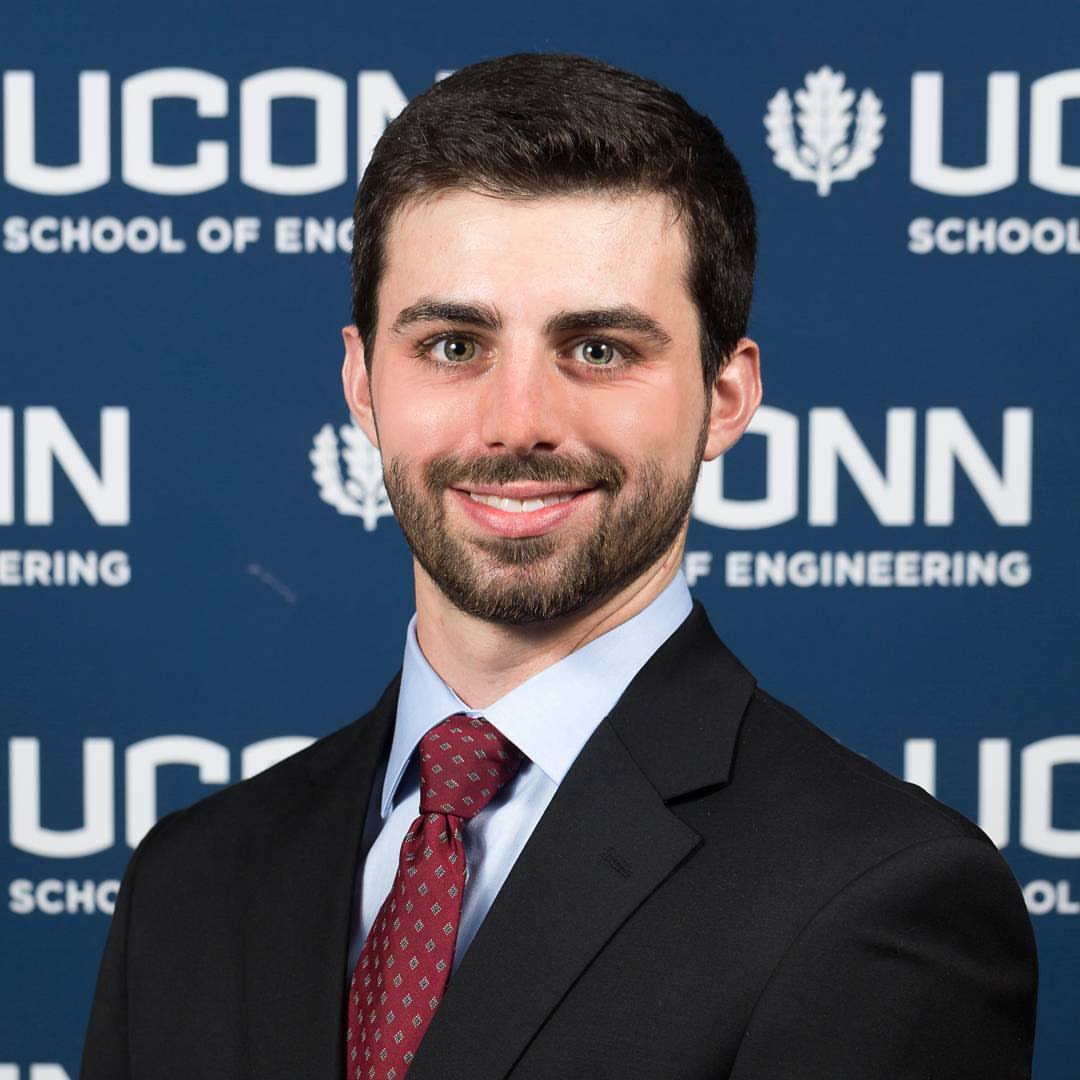 ALUMNI RELATIONS
Alex Slossberg was a camper/client between 2011 and 2013. He graduated the University of Connecticut with a degree in Electrical Engineering and is now living in Boston where he does industrial automation.

He plans on pursuing a master’s degree in computer science. Alex is an avid hiker and lover of the outdoors.

Alex organized the first alumni reunion in 2018 at Lake Lanier in Georgia and will be the point of contact for questions and logistics regarding the 2020 reunion.

​He aims to set up an alumni network for previous campers and clients.

If you're a past Team Prep USA camper/client, send a quick message and connect with Alex! 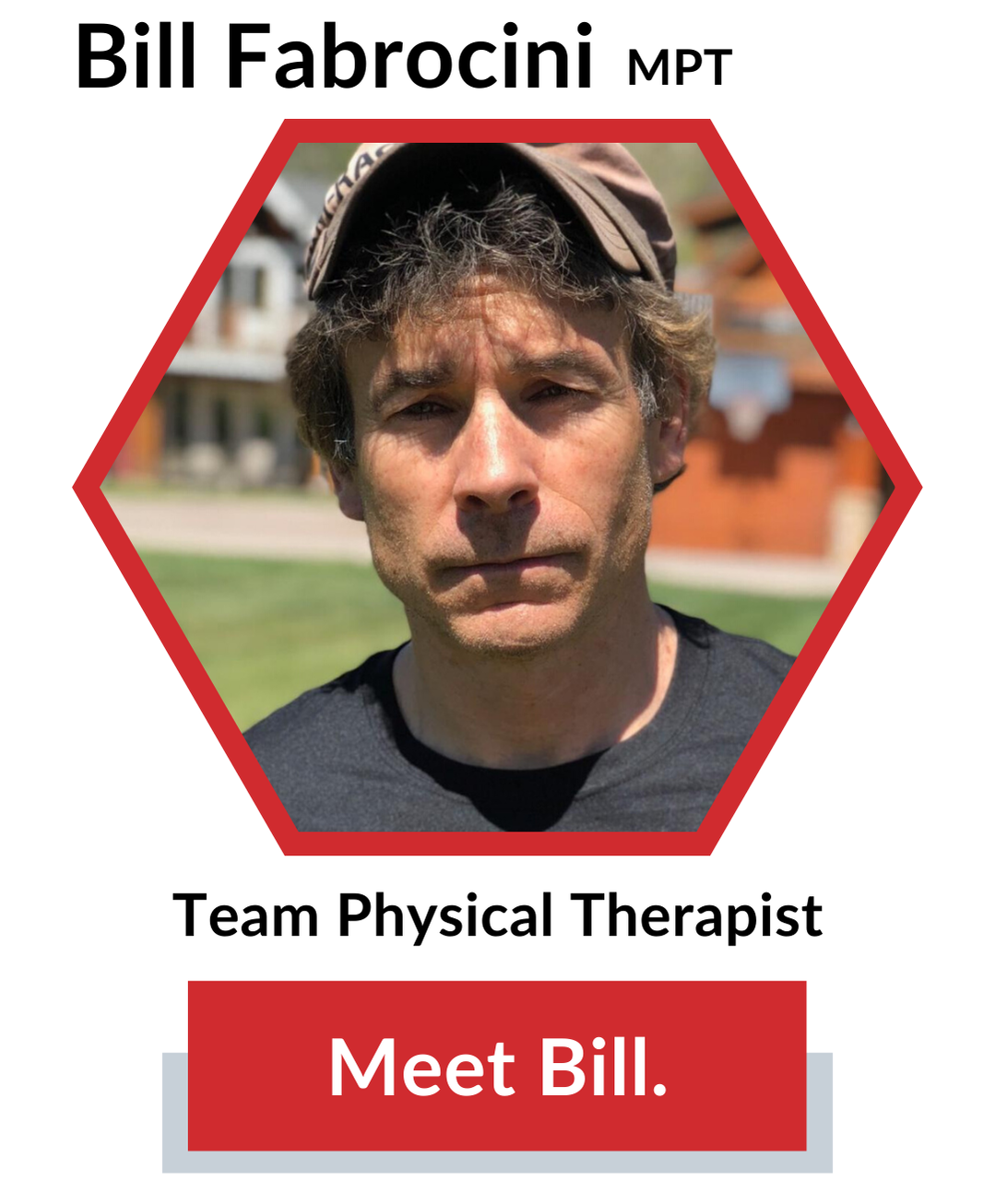 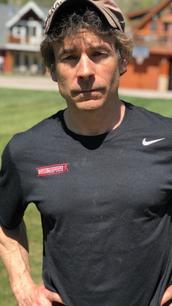 TEAM PHYSICAL THERAPIST
Bill Fabrocini is a clinical specialist in orthopedic physical therapy and sports
performance training coach. He has worked at the Aspen Club Sports Medicine Institute
in various capacities since 1989 along with running his own training and consulting
business, Bill Fabrocini LLC.
During the course of his 30 year career he has designed exercise programs for several
prestigious companies both on the private and public sector. He has also worked with
athletes from a broad range including Olympic medalists, professional sports, collegiate
sports, ballet dancers and companies, youth sport organizations, and the everyday
recreational athlete. Most recently he served as the rehabilitation and strength
conditioning advisor for the Guadalajara Chivas in the Mexican professional soccer
league.

In addition to his work with athletes, Mr. Fabrocini specializes in chronic injuries such as
back and hip pathology that are the result of repetitive movement dysfunctions. He has
focused much of his work on the integrative concepts of posture, stability, and mobility
and how they influence human movement. He has published numerous articles and
lectured extensively with regards to these concepts and their correlation to loads and
stresses on biological tissues as well how they influence the durability of the human
body.

Mr. Fabrocini is also the co-founder of Aspen Core Fitness (ACF), the company that
produced the TRX Rip Trainer and the accompanying exercise programs. He served as a
TRX consultant for several years, educating fitness professionals throughout North
America.

Mr. Fabrocini continues to teach and lecture on the national and international
stage. He is a frequent presenter at medical and fitness conferences and symposiums. In
2015 he created the Aspen Sports Summit with the mission of bringing together leaders
in the fields of sports medicine, fitness and health to educate professionals while raising
funds for various philanthropically organizations making a difference in the world.

Mr. Fabrocini has also authored numerous articles that have been published in prominent
journals including the National Strength and Conditioning Journal and the American
Council on Exercise Certified News publication. His training methods and rehabilitation
concepts have been featured in several fitness magazines including Men’s Health, Skiing,
Private Clubs, Outside Magazine, among several others.

Mr. Fabrocini most recently co-authored and created the exercise program in the highly
anticipated, The Younger Next Year Exercise Program, the sequel to the NY Times best
seller, Younger Next Year. He also produced the accompanying DVD series that
supplemented the book, Preparation for Movement and The Sacred 25 and Beyond.
​
In his free time he enjoys his time with his family and friends and biking with his dogs.
He is actively involved with several charities related to both human and animal welfare.​
joshua 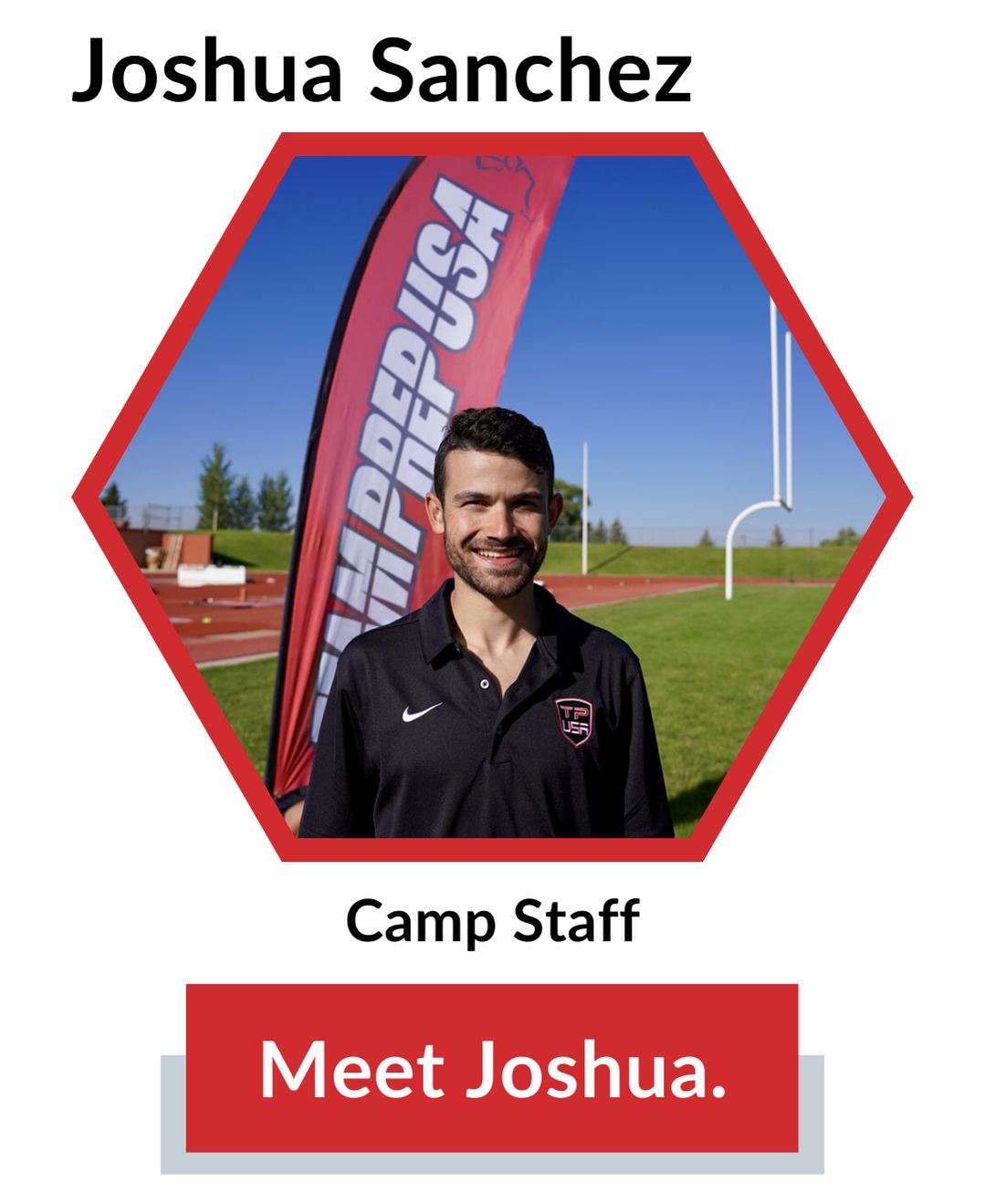 CAMP STAFF
Joshua Sanchez, DC earned his Doctorate of Chiropractic degree at Palmer
College of Chiropractic in Port Orange, FL in December of 2015. As a chiropractic physician, Dr. Sanchez believes in an aggressive, yet smart
approach to alleviating pain and dysfunction, through the use of joint manipulation, soft tissue techniques, and exercise.

Currently located in
Salem, OR, he is the owner of Active Restorative Therapeutics, and
competes for the Portland based Bowerman Track Club Elite team. ​

While in undergrad at the University of Florida, he competed for multiple
club teams: Florida Track Club, Florida Running Club, and Fit2Run Elite. He
is one of the original founders and former President of the now UF RecSports affiliated Florida Running Club. ​

​In high school, he was a state
qualifier in both XC and Track. 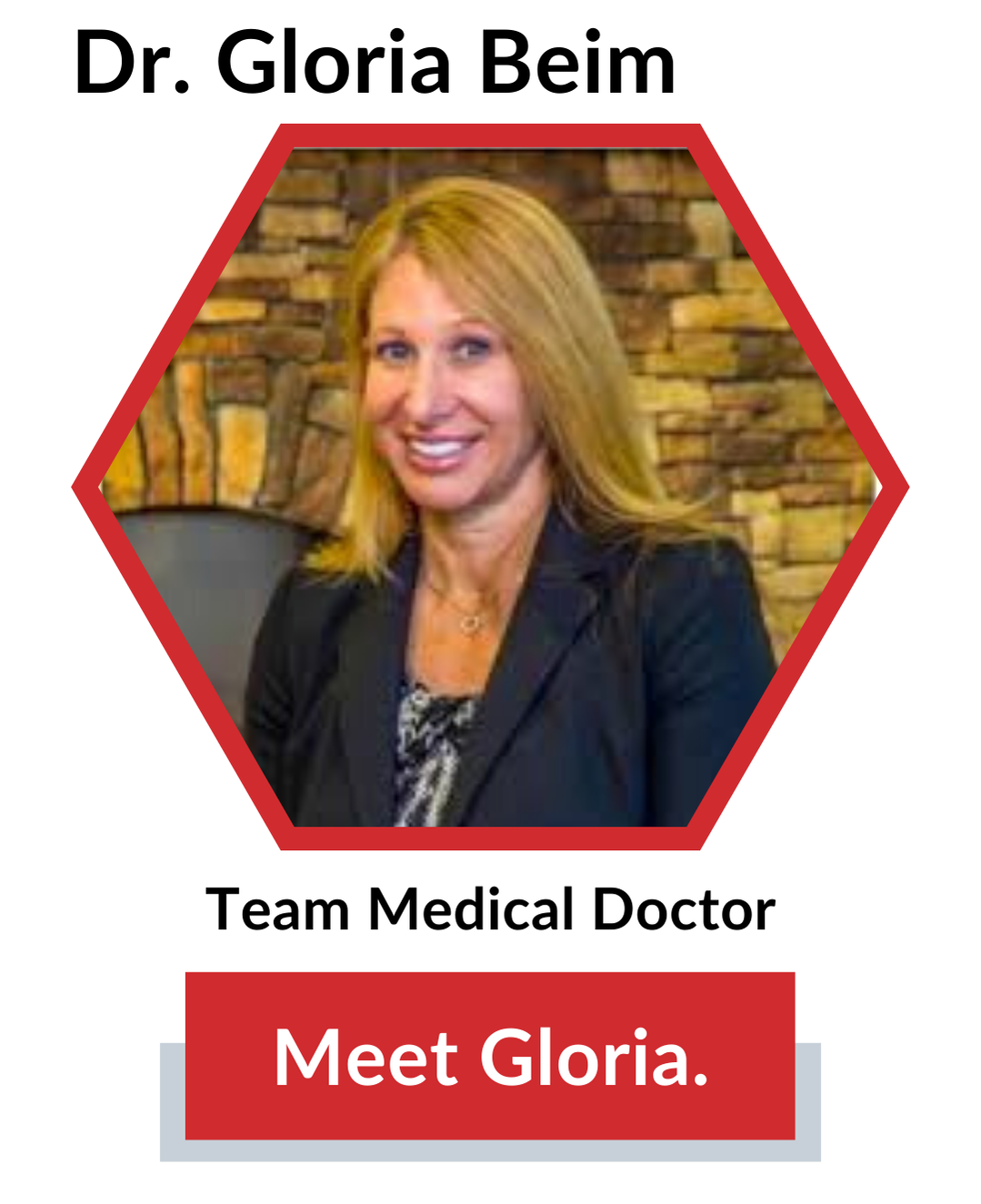 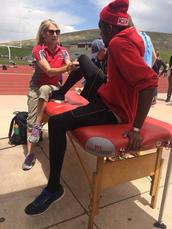 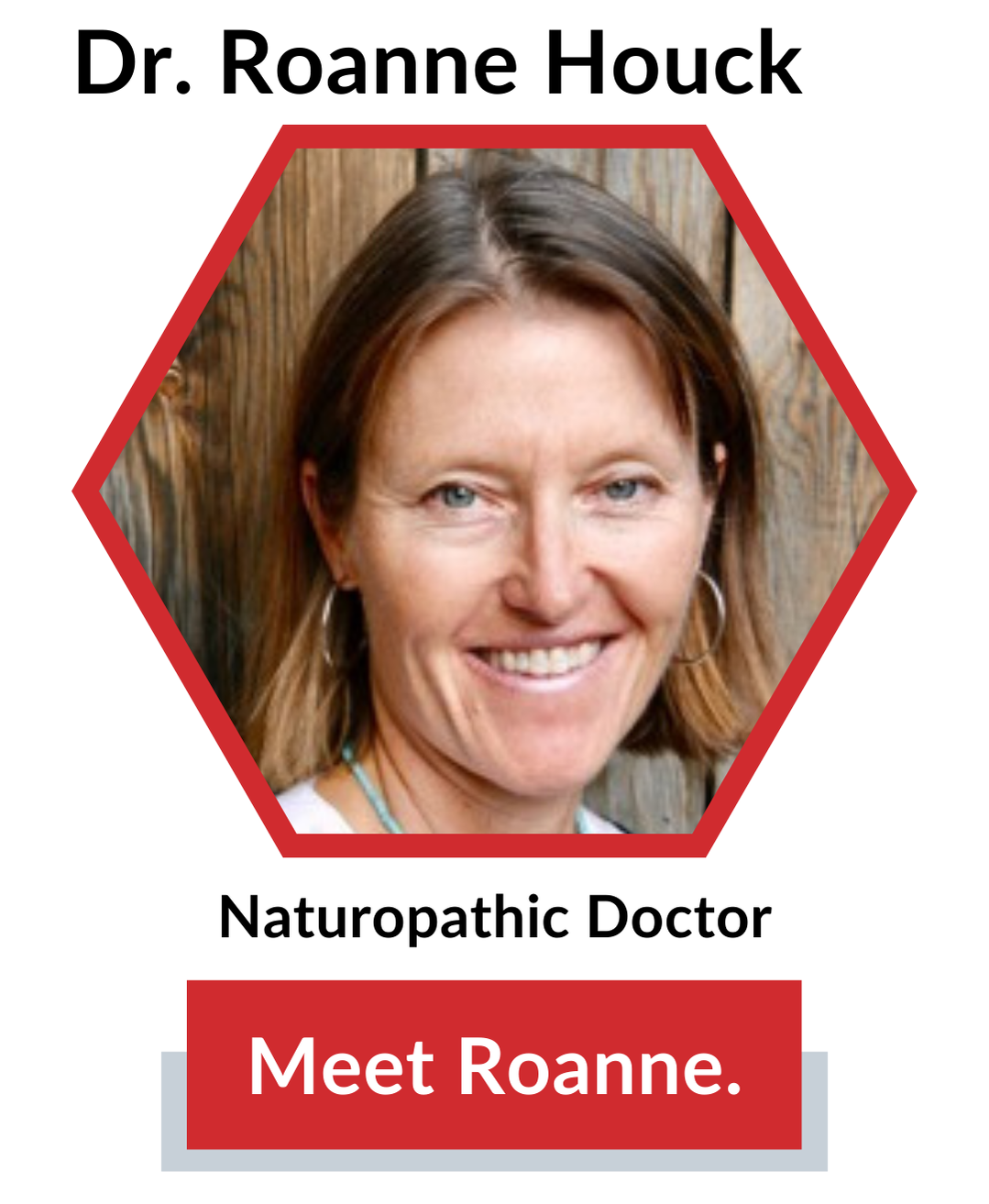 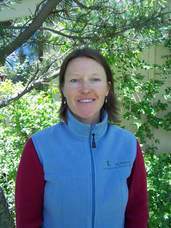 Dr. Houck graduated with a degree in pre-med biology from the University of California, Santa Cruz and attended four years of naturopathic medical school at the National College of Natural Medicine (NCNM) in Portland, OR, followed by a one year integrated MD/ND residency in Grand Junction, CO.

She was born and raised in Crested Butte and maintains an active lifestyle including cycling, trail running, Nordic and tele-mark skiing, hiking and yoga.

Dr. Houck has a successful naturopathic practice focusing on optimal health for people of all ages and athletes of all abilities. Acli-Mate® Mountain Sports Drink is an all-natural sport beverage formulated by Dr. Houck to promote optimal physical performance at elevation. It is an excellent addition to any mountain runners’ nutritional program to maximize energy, performance and recovery. 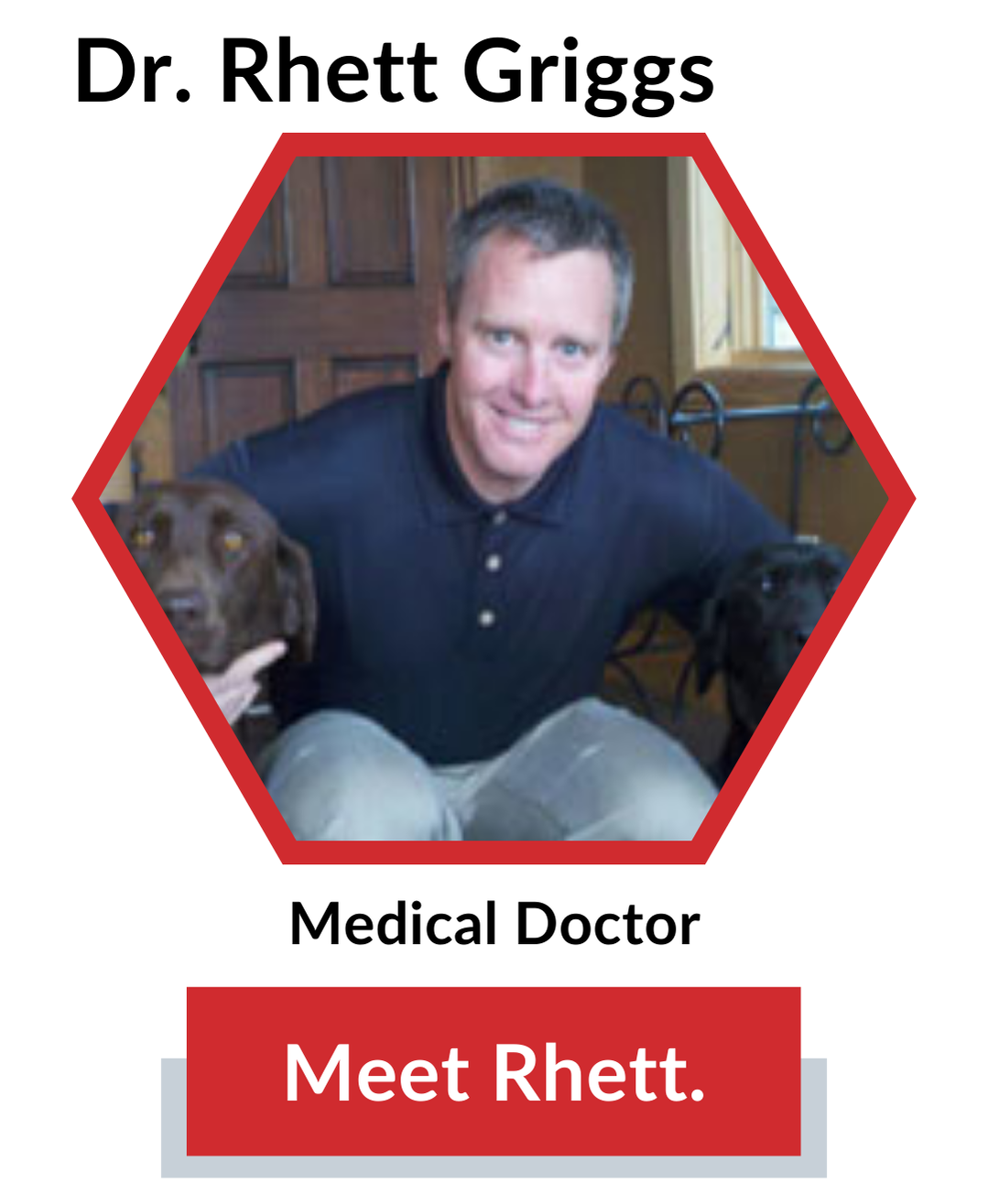 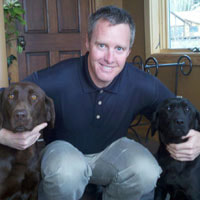 TEAM MEDICAL DOCTOR
Dr. Griggs was born and raised in Jackson, Wyoming. Similar to the Gunnison Valley 30 years ago, he grew up skiing, biking, pack tripping, hunting and playing team sports. He competed in multiple Junior Olympics with ski racing, was a member of a State champion football team, multiple little league all-star baseball teams and loved to spend time with his family in the backcountry.

He attended Colorado State University for two years where he started to compete in cycling. He then transferred to Loma Linda University to complete his degree in Occupational Therapy and to ride year ’round. His clinicals for OT were completed in Hawaii where he was able to bike race and learn to surf. He then moved to New Orleans to complete a hand therapy fellowship for six months. After completion, he went to Denver to live and work enough to race his road and mountain bike for two years. He then moved back to Jackson to start Teton Hand Therapy with his mother; they worked together for two years prior to medical school. Working closely with hand and sports surgeons in Denver and Jackson sparked his interest in orthopedics and he decided to return to school. He completed his M.D. at Saba University School of Medicine. He then did his internship with Mayo Clinic in Rochester, MN. His orthopedic residency was completed with Maricopa in Phoenix, AZ for his 2nd and 3rd years where he gained extensive exposure to trauma and sports medicine. He completed his 4th and 5th years of residency at the University of Florida in Gainesville where again he had significant exposure to sports medicine and orthopedic trauma. He still had a love for hand, elbow and shoulder and decided to do a fellowship in this with his mentor Dr. Paul Dell in Gainesville. During fellowship, he was able to hone his skills and knowledge in microvascular surgery, reconstruction, hand, elbow and shoulder arthroscopy and arthroplasty as well as continue covering trauma cases with his trauma attending and friend Richard Vlasak, M.D.

Once the fellowship concluded, Dr. Griggs interviewed all over the country, however came to the conclusion that he wanted to raise his children in a place similar to Jackson. He moved to Crested Butte in July 2008 and has worked diligently to provide patients with superior care since then. He is excited to be a part of this community and the lifestyle it provides. He continues to be an orthopedic trauma consultant with Smith and Nephew, consults with Pearl Izumi cycling company, speaks  regularly on the topic of hand surgery, is a team physician for USA cycling and Stan’s No tubes women’s elite team, Western State college and the GO sports teams. He enjoys spending time with his wife and two children. 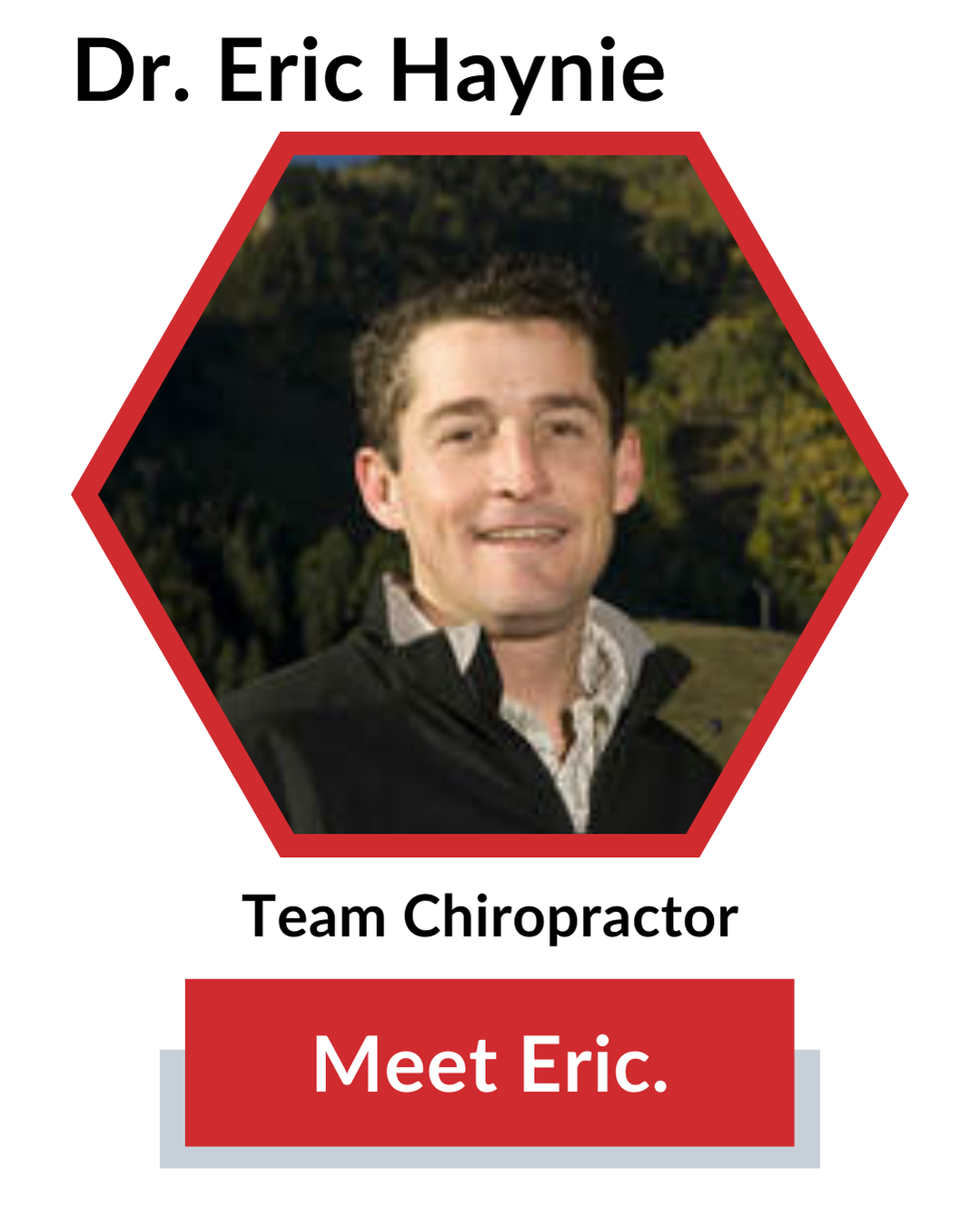 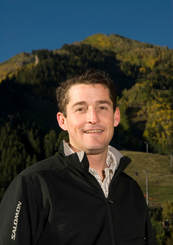